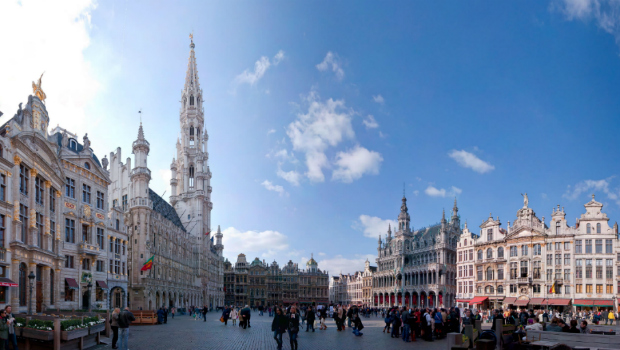 Although Brussels is an interesting destination to explore, the surrounding towns are a real challenge for the tourists arriving in Belgium. Just an hour away from Belgium’s capital, there are some of the real gems of this country which display magnificent architecture and rich history. During your stay, take day trips from Brussels and feel the real Belgium culture. Take a train or book a custom tour with a Brussels taxi provider, and get ready for a real adventure.

Once you’re in Bruges, you will feel like you’ve entered a fairytale land. It’s no surprise that Bruges is one of the most visited towns in Belgium. The cobblestone lanes and picturesque canals will enchant you with its beauty.

The beautiful medieval city centre, Markt, is listed on UNESCO World Heritage Sites. It’s a pedestrian, so you can explore it on foot and admire the jaw-dropping architecture. On the square, you will find one of the finest bell towers in Belgium. We suggest you climb the stairs and enjoy the breathtaking panoramic view of Bruges.

The town hall in Bruges is one of the oldest in Belgium, dating back to the 14th century. This beautiful building is a fine example of gothic architecture and the great Gothic hall on the first floor displays a timber vaulting from 1402. After that, you should continue to the Church of Our Lady, the tallest church in Belgium whose construction started in the 13th century and finished in the 15th century. Here you will find many art pieces including a sculpture by the great Michelangelo.

The average travel time from Brussels to Bruges is 1h 15 mins. There are regular bus and train lines running between these two cities. You can also book a return transfer from Brussels with an online Brussels taxi provider.

Antwerp is the second-largest city and the biggest port in Belgium. While Brussels may be referred to as a boring and bureaucratic, Antwerp is completely the opposite: cool and funky.

Start your adventure in the heart of the old town, Antwerp’s Grand Place (Grote Markt). The Town Hall, built in the 16th century, dominates the square, while numerous guild houses are lined up on its borderline. Groenplaats is a great place to feel the lively atmosphere and visit some of the local pubs.

Cathedral of Our lady is a UNESCO World Heritage Site and one of the most recognizable Antwerp landmarks. This Gothic cathedral is almost 125 metres tall and inside you will find gorgeous stained glass windows, as well as, restored frescoes and paintings by Peter Paul Rubens. He was one of the most influential Baroque painters and Antwerp local, so you can learn more about his work in the Rubenshuis, his former home.

Antwerp is only 54 km from Brussels and these cities are well connected via public transport with regular bus and train lines. You can also book a custom tour with a Brussels taxi provider according to your own schedule.

Ghent has quickly emerged as one of the top travel destinations, so you can’t miss the opportunity to have a quick visit during your stay in Belgium. With carefully preserved medieval architecture, castles and many museums, Ghent is an interesting city to explore.

The majestic Gothic Cathedral of St. Bavo was built over the remains of a Romanesque church. It’s a true architectural masterpiece, but the real treasure is inside it. This cathedral houses significant art pieces, including the well-known Adoration of the Mystic Lamb by Hubert and Jan van Eyck.

Surrounded by the river Lieve, Gravensteen is one of the strongest medieval fortresses in this part of Europe. Count Philip of Alsace ordered the construction in the 12th century and today is a well-preserved monument with armours, guillotine and torture device displayed in its interior.

Ghent has access to fresh seafood which is delivered every day, so take a break at one of the local restaurants for lunch. Afterwards, blend in with the locals and sample Belgian beer in one of the bars.

There are no direct bus lines from Brussels to Ghent, so the only public transport option is the train. Trains run frequently and the journey time is around 30 minutes. The most comfortable way to get from Brussels to Ghent is by taxi. You can choose from the many Brussels taxi providers and book the service in advance.

Waterloo is a small town in Brabant which played a significant role in European history. The historic battle took place on 18th of June, 1815 when Napoleon’s French army met the united armies of Britain, the Netherlands, and Prussia. This battle stopped Napoleon’s expansion in Europe. After 200 years, this battlefield attracts thousands of tourists every year.

Just above the former battlefield, rises the Butte du Lion, an artificial hill constructed from 1823 to 1826. It is 40 metres high with a lion sculpture on the top of the hill. From the platform beneath the monument, you can enjoy a magnificent panoramic view.

Spending a day in Waterloo is a great chance to learn more about this part of the history through reenactments and stories. It’s always exciting to be on the exact spot where history was made.

Waterloo is only 16 km from Brussels and it’s really easy to get there by car, bus or train. The cheapest transportation option is the bus W and bus 365 a. There are direct intercity trains but there is additional walking included from the train station to the battlefield. For a direct transfer from your hotel to the site, you can book in advance a Brussels taxi transfer.

Outlet villages are a great opportunity to go on a shopping spree and buy designer clothes at a discounted price. The Maasmechelen Village has everything you need at one place: a wide range of brands, great prices and places to eat.

Make sure your credit card is full because you won’t be able to resist the wide offer of brands. Armani, Versace, Tommy Hilfiger, are among the 100 brands available here. If you want to take a coffee break or have lunch, visit one of the restaurants. You can also try Belgian waffles and chocolates in one of the stores. 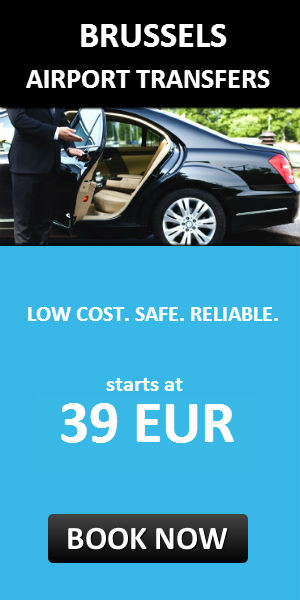