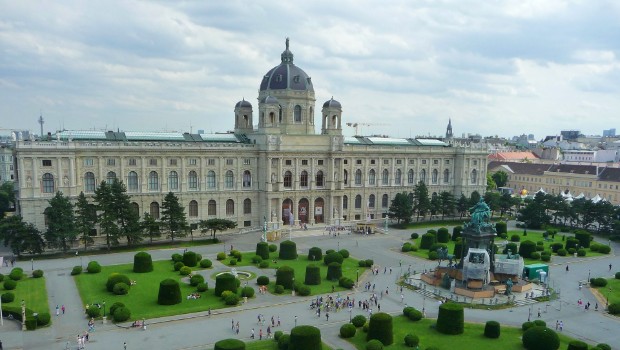 The Austrian capital, Vienna, is one of the most magical cities that you have to visit at least once in your life. The city offers an enriching cultural experience and countless beautiful palaces, museums and markets. There are so many things to do and see in Vienna that you can easily spend weeks trying to visit them all. In this blog, we will show you how to make the most out of Vienna by visiting these top attractions.

The Belvedere is one of the most famous historical building complexes in Vienna, that consists of two Baroque palaces, the Orangery, and the Palace Stables. The buildings and the park are a UNESCO World Heritage Site, and you can find them in the third district of the city, on the south-eastern edge of its centre.

Located in Hietzing, Vienna Schönbrunn Palace is one of the most important architectural, cultural, and historical monuments in the country that has over 3 million annual visitors. The palace is a former imperial summer residence that consists of 1,441 rooms. In Schonbrunn, you will also find a zoo, maze, labyrinth and the Gloriette, a summerhouse located on top of the hill.

Prater is an amusement park and one of the most exciting places in Vienna. In the park you will find a lot of wide range of attractions, such as roller coasters, ghost trains, carousels and the worldwide known Giant Ferris Wheel. The park is open all day, throughout the whole year. The best time to visit Prater is during the summer period because various rides don’t open during the wintertime. The entrance is free, and you only have to pay the ticket for the attraction you want to ride. The prices start at 4 Euro per ride.

St. Stephen’s Cathedral is one of Vienna’s most famous landmarks for more than 700 years. The cathedral is an important spiritual place for locals that is worth a visit. The entrance is free, but there are some areas that you have to pay an entrance fee. If you want to enjoy a breathtaking view of the city, you can climb to the Tower room. The opening hours are from 6 am to 10 pm every day.

The Vienna Opera House is an impressive building located in the Ringstrasse and is one of the most famous opera houses in the world. There are 1709 seats and 567 standing-rooms. If you want to take a tour of the building, it will cost you 9 euros. This opera house hosts the traditional New Year’s concert, which is broadcasted in more than 70 countries.

The Naschmarkt is an open-air food market. It offers around 120 market stands and many restaurants, street stalls, and grocers.

The Natural History Museum is another famous museum in Vienna that has a vast collection of minerals, precious stones, meteorites and fossils. The museum’s collection has over 30 million objects and is one of the biggest in Europe. In the museum, you can also find a digital planetarium where you can learn more about our planet.

The public transport system in Vienna is one of the most developed in Europe. It offers cheap, frequent, fast, clean and efficient transfers throughout the city. The service consists of four forms of transport: U-Bahn (subway), S-Bahn (local train), tram and bus.

Vienna has one main international airport located 18 km southwest of the city. Once you land, you can get to the centre by train, S-Bahn, bus and private Vienna airport transfer. Our service offers comfortable and professional transport to the city centre and other locations like Innsbruck, Klagenfurt and Salzburg.