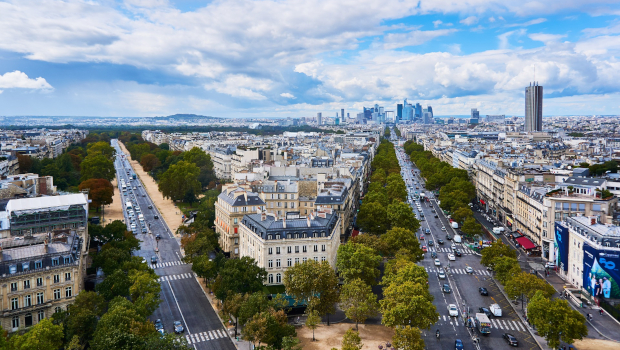 Shopping in Paris has a long history that dates back to the 19th century when the first department stores opened. Today, the picture has changed, and shopping in Paris is even more grandiose. It includes a brilliant mix of departments store, haute-couture designer shops and flea markets. It’s always good to arrive prepared, so we created this Paris shopping tour that will satisfy the needs of every shopper.

If you’re flying to Paris, you’ll probably arrive at Charles de Gaulle or Orly Airport. Both airports have good connections with the city by public transport, airport taxi and private airport transfer. Many travellers from Europe arrive by train, as well. The international railway station Gare du Nord is the terminus for the Eurostar and Thalys trains.

The RER B train runs from Charles de Gaulle Airport to Gare du Nord railway station, which is a good starting point for your shopping tour. If you want to arrive directly at Champs Elysées, take bus route 2. Charles de Gaulle airport taxis are available 24/7 and take you anywhere you want. Even better, you can book a private Paris airport taxi for the day.

A shuttle bus from Orly Airport runs to the RER station, where you can take the train to Paris city centre. The bus is more suitable for journeys to the suburbs. Airport taxis can take you anywhere in Paris. Private Orly airport taxis are a better option, as they charge fixed cost and can be booked online.

There’s no doubt that Paris is one of the most popular fashion world centres. The Parisians have an impeccable sense of fashion and make the city even more glamorous. We have to admit that Paris has it all: from high-end designer stores to chic boutiques for savvy shoppers. The shopping districts in Paris are like gold mine for fashion addicts, discount hunters and window shoppers. We prepared a custom Paris shopping tour which includes the most popular destinations.

Louvre-Tuileries district is located right in the heart of Paris, near the Louvre Museum and Tuileries Garden. It’s the number one shopping area in Paris with flagship stores, haute couture brands, and hip, upcoming designer shops. This might not be the right place for savvy buyers, but it’s perfect for window shopping.

When you stroll around Place Vendome, you’ll come across the biggest brands in fashion and jewellery, like Cartier, Chanel, Tiffany’s, Bulgari, Dior, Rolex and Montblanc. On Saint-Honore street you will find flagship shops from Versace, Yves Saint Laurent and Hermes, as well as, trendy concept shops such as Colette.

Boulevard Haussmann is located in the commercial heart of Paris. It is the best destination for shopping in department stores. Galeries Lafayette was founded at the beginning of the 20th century and showcases luxury brands, menswear and children departments on five floors. Opposite the building is Lafayette Maison home decor store, where you can find furniture, lights, tableware and household products.

Just around the corner on Avenue George V, you can shop at Louis Vuitton, Gianfranco Ferré, Hermes, Kenzo and Givenchy. Along Rue Francois 1er, enjoy shopping at Rochas, Balmain and Courrèges.

The former market district Les Halles is a popular Paris shopping tour area with small boutiques and large chain stores. Until the 70s, Forum des Halles was the main market in Paris where you can buy fruits and vegetable. Today, it is a huge, modern underground shopping centre where you can buy trendy brands. Benetton, Zara, Naf-Naf, H&M, Esprit, Quicksilver and L’Occitane are just a few of the many brands you can shop here.

Rue de Rivoli is similar to Les Halles and it’s the perfect place for budget-savvy buyers. Shoppers can find great deals any time of the year. Major chains like Zara and H&M dominate this shopping area. However, there are many antique shops and galleries near Louvre, so it would be a good idea to explore this area, as well.

This flea market in Paris, also known as Les Puces, is the largest antique market in the world. It is located at Porte de Clignancourt and it’s the must-see place in Paris. It dates backs to the 19th century and features everything from antique furniture, vintage clothes to some odd objects. The market is open on Saturday, Sunday and Monday. 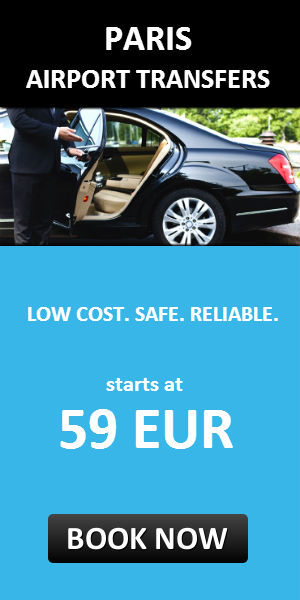