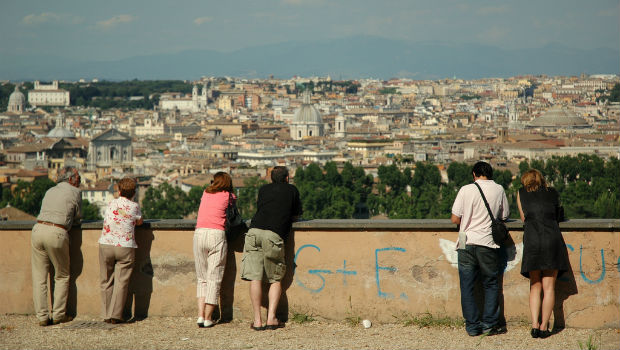 A city with a long history, like Rome, with so many famous spots to be visited, it’s not easy to discover it as a tourist. The best way to feel the pulse of the city and experience it at full is to find those niche places where you can experience the local culture.
If you’re an explorer who wants to sit in a taxi and head into adventure, we have a few local places suggested by one of our local taxi drivers, Roberto. He shared with us a few of his favourite spots which show both the modern and ancient spirit of Rome.

Exploring Rome underground is an adventure you need to take. You will find most catacombs away from the usual tourist areas, but they are not to be missed as they capture an outstanding part of the early Christian history. They witness the time when Christianity was not the official religion and recognised by the Roman Empire at that time, so people were forced to practice it literally underground.

One of the most famous among them are the Catacombs of St. Callixtus also known as San Calisto, named after the deacon Calixtus who was appointed by the pope to administer the cemetery at the beginning of the 3rd century. These catacombs originate around the middle of the second century and are spread over 90 acres with a network of galleries about 12 miles long and 66 ft deep. Many martyrs, 16 popes and a large number of Christians have found their resting peace in this place.

If you’re looking for a beautiful spot for afternoon walks and to get away from the tourist noise, then you should visit Villa Doria Pamphili. It features stunning architecture, luxurious gardens, fountains and waterfalls which will take your breath away, as well as a beautiful landscape for long walks.

This estate originates from the 17th century and was owned by the Pamphili family. Once their line died out in the 18th century, it passed to Prince Giovanni Andrea IV Doria and since then it has been known as the Villa Doria Pamphili.

Apart from the ancient cultural spots and famous tourist sights, San Lorenzo features an alternative, hip side of Rome. It’s mainly inhabited with Italian and foreign students looking for lively chatter in the sidewalks cafes and live music at night. You can enjoy the flea market, dine in the local restaurants and drink with a lot of new friends all night long, as the party is on till dawn.

The sprayed murals and outdoor canvases feature the works of the local artists and their expressiveness is felt on every corner. The local craft shops give bohemian taste to this neighbourhood, while creativity lives on every corner.

Although Gianicolo or Janiculum Hill is not on the map as one of the seven hills on which Rome was built, its breathtaking panoramic view will make your time worthwhile visiting it. If you get there by noon, you can witness the cannon firing which happens every day. You can not miss the magnificent monuments honouring Guiseppe Garibaldi, the driving force of the movement for unified Italy in the 19th century, and his wife Anita.

If you’re visiting Rome with kids, the open-air puppet shows are an enchanting experience which will capture their imagination. Although it’s in Italian, the language barrier won’t be a problem and you and your kids will be completely engaged in watching the Neapolitan hand-puppet Pulcinella.

Castelli Romani region is located outside Rome and includes 13 panoramic villages in the Alban Hills with emphasis on the volcanic lakes and hidden valleys.

Santa Benedetta is the oldest winery in this region with winemaking traditions which have been passed down for generations. The estate itself has a long history and was once a convent, before becoming the home of some of the finest wines in Italy. You can enjoy the wine tasting sessions and try some of the local delicacies.

On your visit to the Castelli Romani region, you must tell your taxi driver to stop at this mysterious spot where all laws of gravity are broken! Try to put on the ground a bottle or a can, and it will rise instead of rolling down. It’s hard to believe, but this is one of the few examples in the world where gravity doesn’t work, and you must not miss it next time you’re visiting Rome. 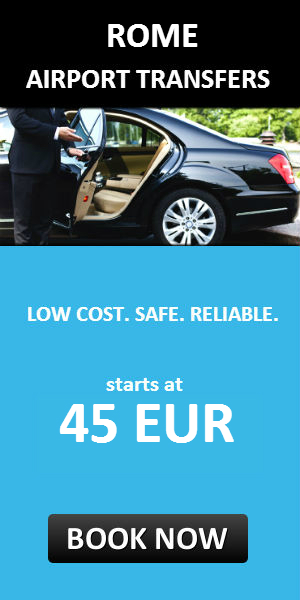